The Washington Post just published a series of infographics depicting the history of appliances and the Internet. 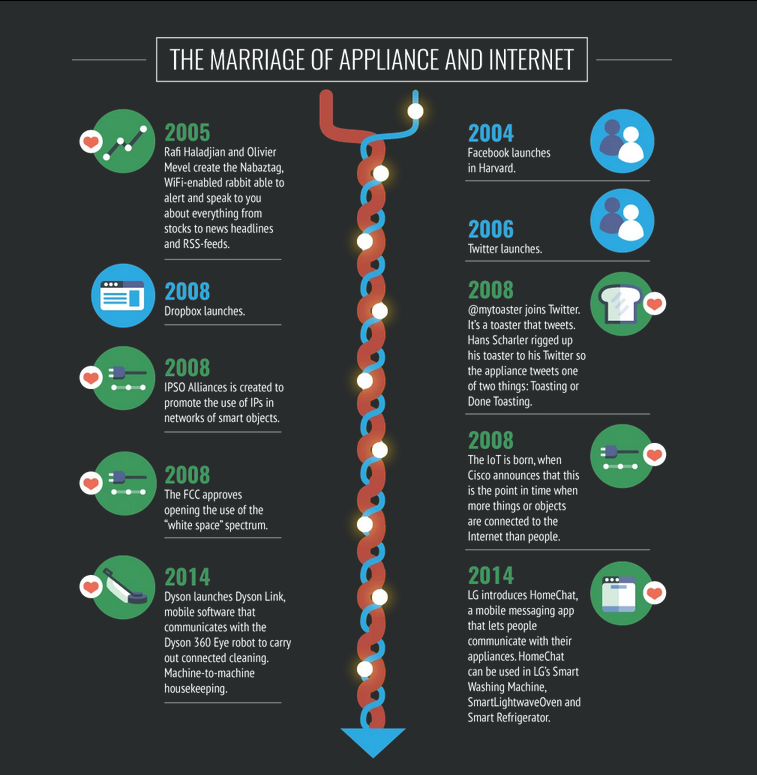 They listed that MyToaster from 2008 was a significant event that shaped Connected Appliance and the Consumer Internet of Things Products.

2008 – @mytoaster joins Twitter. It’s a toaster that Tweets. Hans Scharler rigged up his toaster to his Twitter so the appliance Tweets one of two things: Toasting or Done Toasting.