I had a huge surprise this year at Gen Con 50. Often, there are bands and musicians playing music in the hallways of the Indianapolis Convention Center, host of the Gen Con gaming convention. I stopped to watch one band from Nashville wearing crowns and cat ears. I was already a few minutes late for my next game since I stopped for coffee. I ended up watching the whole set of an independent band from Nashville, called… Big Chance / Canyon Spells / Daniel and the Lion. 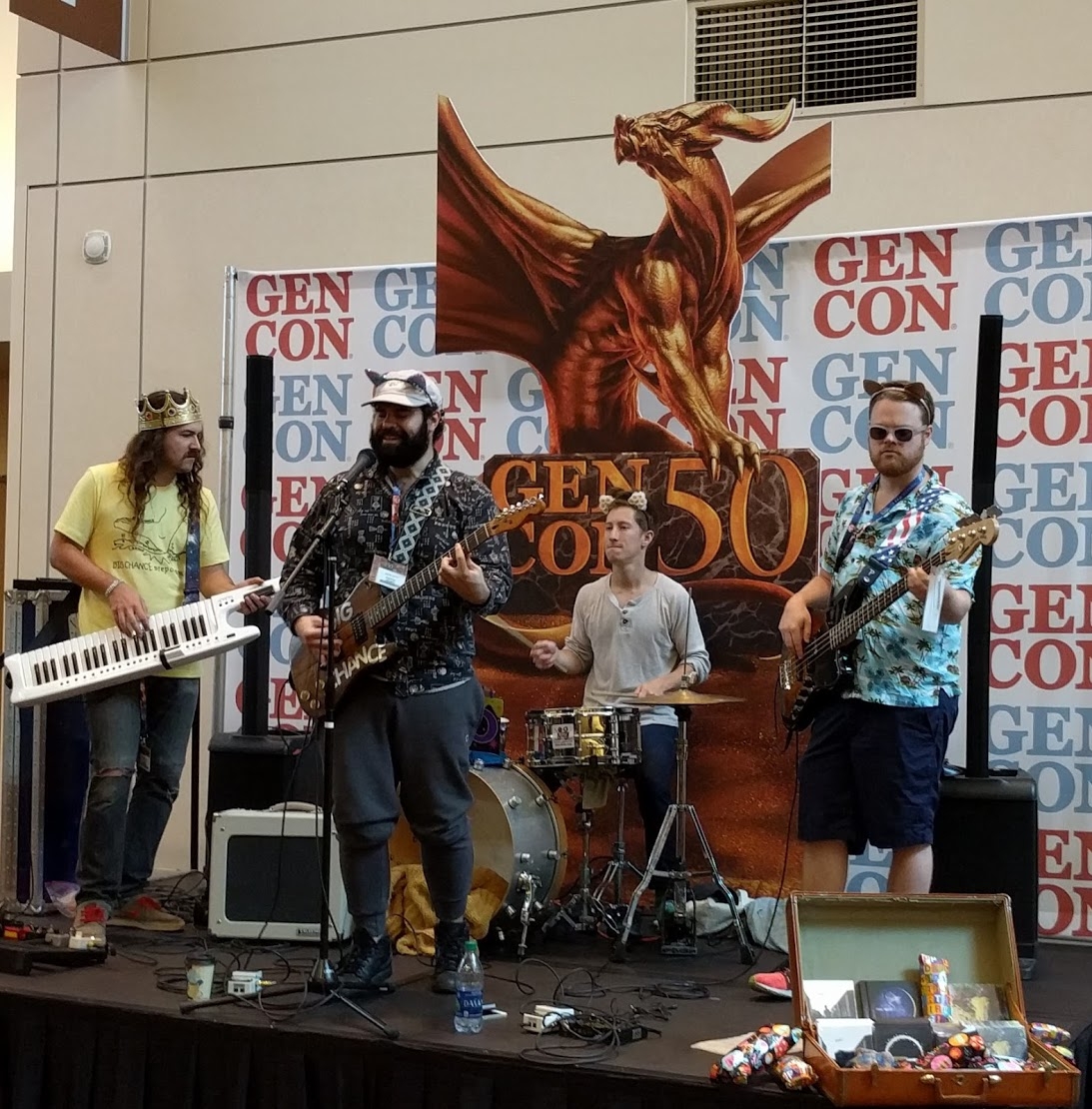 From what I learned from the Google box, Canyon Spells is Jimmie Linville and Daniel Pingrey who have been making music since high school. Their collaboration is tight and has produced a lot of great music across many genres. Their set at Gen Con was tight, fun, and really entertaining. I have not heard a great new band in a long, long time, and this was a pleasant surprise at Gen Con, of all places. I am not sure where they are going or if they will get stuck with an identity crisis, but they have great song writing and performing chops. YouTube has many videos of their band performing A LOT, which is a sign of a great band. Bands need to perform as much as they can, book gigs, and travel to obscure gaming conventions to strengthen their craft. I hope they find their way into the mainstream. They deserve a shot.